What is EBITDA? Formula, Calculation & Examples 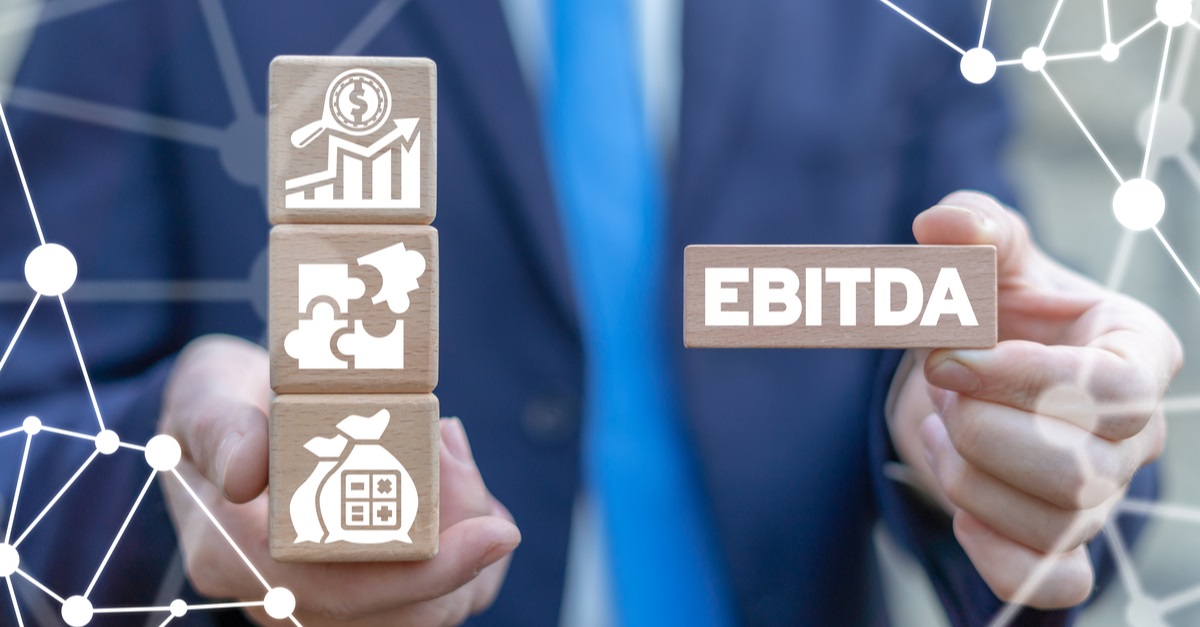 What is EBITDA? Formula, Calculation & Examples

EBITDA is an acronym for Earnings Before Interest, Taxes, Depreciation, and Amortization. It is used to measure the operating performance in an organization and analyze its cash flow in all financial activities.

You can use EBITDA to display your company’s financial earnings without highlighting the capital structure. This metric consists of operating income, excluding expenses that are non-cash and non-operative. By making these deductions, factors such as depreciation methods, capital structures, debt financing, and some form of taxes are removed since the business owners can make decisions concerning them.

EBITDA’s primary focus is on your business’s operating decisions and profitability based on its main operations. This computation is performed before accounting for or considering the effects of non-cash items, leverage, and capital structure.

On the downside, this metric is not compatible with the US GAAP (Generally Accepted Accounting Principles) and IFRS (International Financial Reporting Standards) since the two accounting systems don’t recognize it. As a result, some renowned investors like Warren Buffet have openly disregarded it, considering it doesn’t include depreciation in its accounts.

There are two certified formulas you can use when calculating EBITDA.

The formula consists of components like interest, taxes, amortization, and interests, each elaborated in detail in the following context.

As a result, you can easily compare the performance between two firms after including their interests and excluding the impact of capital structure on these businesses. Most firms take advantage of the tax deductions made on interest payments in a corporate tax shield occurrence.

Taxes differ in different businesses depending on location or operations within the region. They are a tax rules function and can’t assess the performance of a management team. As a result, analysts opt to include them in the equation when comparing two or more firms.

Most firms acquire fixed assets under long-term investments, including vehicles and buildings subject to wear and tear. The impact of depreciation is recorded after the deteriorating value of the firm’s fixed assets. These factors are dependent on the company’s past investments instead of focusing on the performance of its current operation.

A company records amortization as an expense when the assets accounted for are intangible. This includes patents and copyrights due to their short useful life that is only competitive before it expires.

D&A is surrounded by assumptions concerning the method used for depreciation, the salvage value, and economic life regarded as useful. As a result, analysts may record other operating income from their expectations, explaining why D&A is excluded from EBITDA calculations.

These expenses are derived from the company’s cash flow records shown in the operating activities section cash. Since they are not monetary expenses, D&A is added back as it is on the cash flow statement.

Reasons to Use EBITDA? 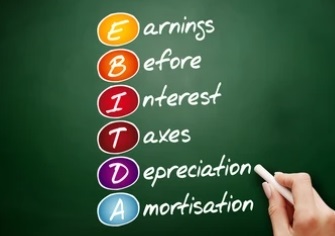 When looking for a quick estimate of a company’s value, getting its EBITDA works on behalf of cash flow reports. As an analyst, it gives you the estimated firm’s value and a range of valuation multiples gained from M&A, industry transactions, and equity research reports.

EBITDA also helps in analyzing reasons why a firm fails to make profits. Firms operating under private equity prefer this tool to compare their performances with others operating in the same industry. They can gauge themselves against their competitors and make the necessary changes.

Investors also analyze EBITDA to compare firms with varying tax jurisdictions and capital structures. Consider two businesses with a similar profitability level as seen from EBITDA by analyzing both. Investors can see the one growing faster than the other and make better investment decisions.

For instance, if two companies, X and Y, operate similar business activities with varying capital structures, an analyst will go through their EBITDA values to determine which one is more attractive.

If company X has an EBITDA value of $15,000,000 and Y has a value of $10,000,000, it’s evident that company X has larger trades than Y. However, this relationship gets clearer after amortization and depreciation expenses are added back

As highlighted earlier, EBITDA represents earnings or net income after adding back amortization, depreciation, interest, and taxes. It is a fundamental unit for comparing and analyzing different companies’ profitability since it eliminates capital and financing expenditure impacts. Additionally, EBITDA is also helpful in computing valuation ratios and is comparable to enterprise revenue and value.

To create a balance to debt cost, EBITDA involves the addition of interest income and interest expenses. This also neutralizes the impact incurred on taxes after interest payments. If a firm records a net loss, the EBITDA does not increase in size despite income taxes to the net income.

Some companies only highlight their performance in EBITDA when their net income is not as good as they expected. While this might not always represent malicious accounting, it sometimes reflects a chain of malicious activities in the market, bound to hide the exact profitability from the investors.

Firms use amortization and depreciation accounts as a method of expensing capital investments, equipment, and plants, as well as property costs.

According to some management teams, using EBITDA creates a clearer outline of a company’s growth trends and profits after excluding capital-connected expense accounts. This viewpoint may not be misleading, but it can prevent the firm’s actual risks, profitability, and financial performance from being seen.

The connection between EBITDA started in the mid-1980s when investors sought to make leveraged buyouts from companies under distress and needed financial restructuring. Using EBITDA, these investors made quick calculations to determine if these firms had enough resources to service the interest accrued from these deals.

From that financial phase, leveraged buyout investors and bankers publicized EBITDA, showcasing it as a viable metric to measure whether or not a company was capable of paying interest against its short-term debts. Bankers stated that investors could gauge a company’s ability to service higher interests by looking at its EBITDA-to-interest-coverage ratio.

EBITDA gained a lot of popularity in the mid-1980s as a tool of gauging the ability of a company to pay interests for debts they gained through leveraged buyouts.

Not Recognized by IFRS or GAAP

Leading accounting systems such as GAAP and IFRS do not recognize the use of EBITDA because it creates an illusion that a firm has never remitted taxes or interests and presents assets to have retained their original value without considering depreciation. It also doesn’t deduct capital expenditures from the equation.

For instance, companies with fast growth highlight their EBITDA and increase sales year over year, gaining their assets through debts. While this business seems to record rapid profitability and growth, investors may be downplayed if they fail to consider the net income, cash flow, capital expenditures, and other underlying factors.

This computation is based on a popular misconception of showcasing cash earnings. It is also criticized for assuming that a company can only profit from operating its activities and sales without considering external financing, assets, or other factors. However, EBITDA does not consider the cost of assets compared to free cash flow.

When calculating EBITDA, working capital and funds needed to replace worn-out assets or equipment are not considered. For instance, a firm can sell its products and profit, but EBITDA will not account for the resources used to gain inventory from which the profits were made. This computation method does not consider the firm’s expenses when creating upcoming products or updating software versions.

Subtracting amortization, depreciation, tax charges, and interest payments are considered the standard method of calculating EBITDA. It seems different, but straightforward firms use figures from various activities as the starting amount.

In simpler terms, EBITDA remains unreliable despite accounting for amortization, depreciation, taxation, and interest due to the level of distortion that results from the process.

Interfering with the Actual Company Valuation

The most unfavorable thing about EBITDA is it presents a business to be less expensive and profitable than it is. Analysts give lower multiples after analyzing the multiples of stock prices instead of bottom-line earnings.

For example, Sprint Nextel, a wireless telecom operator, traded its stock 7.3 times over its EBITDA forecast. This multiple sounds low, but the company remains high ranking, and it’s not a bargain as the multiple might suggest.

Sprint Nextel had a forecast operating profits multiple trading over 20 times. The trade was also 48 times over the projected net income. With such information, investors must pay attention to additional price multiples instead of only focusing on EBITDA to accurately assess a firm’s value.

This kind of valuation works best for companies operating in the same industry with a similar or close growth rate, margins, customers, or operations. It’s unsuitable for companies under different industries due to the significant difference in ratios, growth rates, and varying factors.

Based on their EV/EBITDA, Company Y has been undervalued due to its lower ratio.

Uses of EBITDA in Financial Modeling

Financial modeling frequently uses EBITDA to calculate cash flow that’s not levered. Earnings recorded before amortization, depreciation, taxes, and interest are helpful reference points regardless of whether or not the financial model is only inclined to free cash flow businesses.

When is EBITDA Considered Good?

Different companies have different profitability and financial performance. However, a relatively high EBITDA is more valuable than a lower one.

With that, the most suitable method of determining a good EBITDA is comparing your company’s performance with that of other firms under the same category in the industry.

Gauging your company’s performance requires different techniques to help you get the most suitable value. EBITDA is a good method of computing your company’s value. Despite the numerous disadvantages, this method is quick, easy, and convincing to investors, putting your business ahead of its competitors.

How to Value a Company with Precision in 2021

What is Competitive Advantage? Definition & Examples